Cavity Prevention: So Easy a Caveman Could Do It!

Cavity Prevention: So Easy a Caveman Could Do It!

In recent news, a huge haul of bones was unearthed in a cave in South Africa that could be the remnants of an ancient human relative.  They have given the ancient ancestor the name Homo naledi.  Among the bones that were discovered were pieces of ancient skulls and jaws that showed little to no dental decay during a time where there was no toothbrushes, toothpaste, floss, or dentists!

Evidence of our ancestor’s lack of tooth decay has not only been seen in Homo naldei, but also in several of our other ancient human relatives. 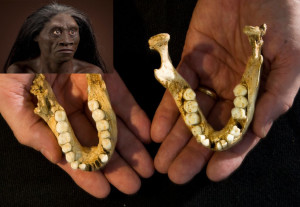 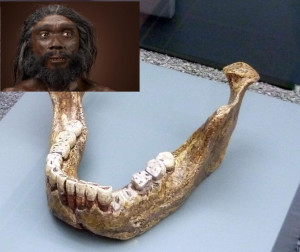 Jawbone from Homo erectus. Lived 1.89 million-143,000 years ago. Still no tooth decay! (disregard the missing teeth…those fall out as the bone dries out) 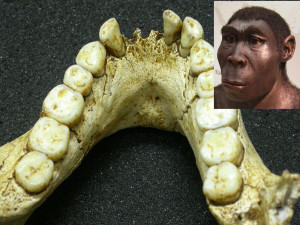 So how could this be? How could our ancient relatives have better teeth than us when we have all these modern day luxuries?

Hunter-gatherer diets were primarily meat-dominated and free of processed carbs/sugars.  Researchers did a genetic study on ancient dental plaque (that sticky stuff that likes to hang around in your teeth), which revealed that almost no cavity or gum disease-associated bacteria was in the ancient plaque, directly because of the consistency of their diet.  There was a change in dental bacteria composition with the introduction of farming and again several years later during the Industrial Revolution (late 1800s).  A modern diet consisting of refined carbohydrates and sugars has given us mouths full of cavity-causing bacteria! This bacteria feeds on the all the carbs/sugar we consume, so if our intake of these processed foods is reduced than then our risk of developing cavities will reduce, too.

So how can we channel our inner caveman and prevent cavities?

Lets prevent cavities together! Call DurhamDDS to set up an appointment at 919-286-0770 or visit us online at durhamdds.com for more information. We look forward to hearing from you! Did you find this article interesting? Help support us by liking us on Facebook or +1 us on Gmail. It is really easy to do, right at the top of the article! Thanks!